Today we woke up and got on the bus to Versailles. After a reasonably short ride, we arrived at this huge palace. 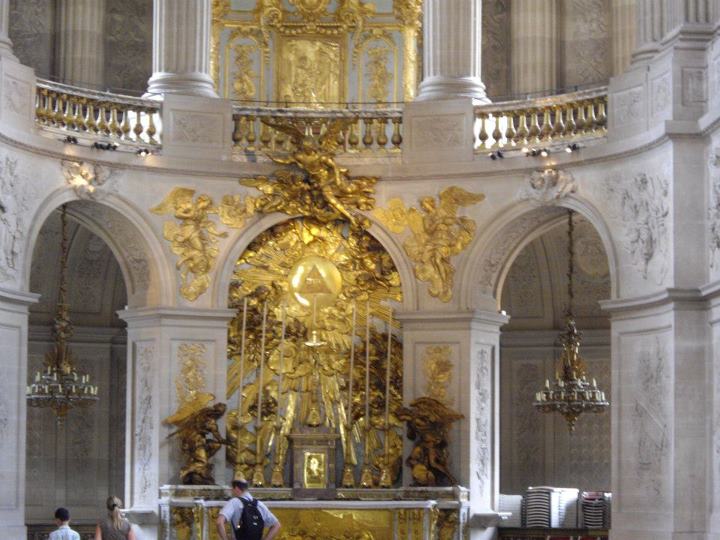 We were able to get into the building and grabbed some audio tour devices. The palace was extremely crowded, but we were still able to see most of the rooms. Oddly, there was some strange modern art on exhibit in the rooms disrupting the period art.

After finishing the audio tour, we went into the gardens, which are huge. We were only able to walk in a small part of it (to explore the whole gardens, you would need a vehicle), but it was really pretty. 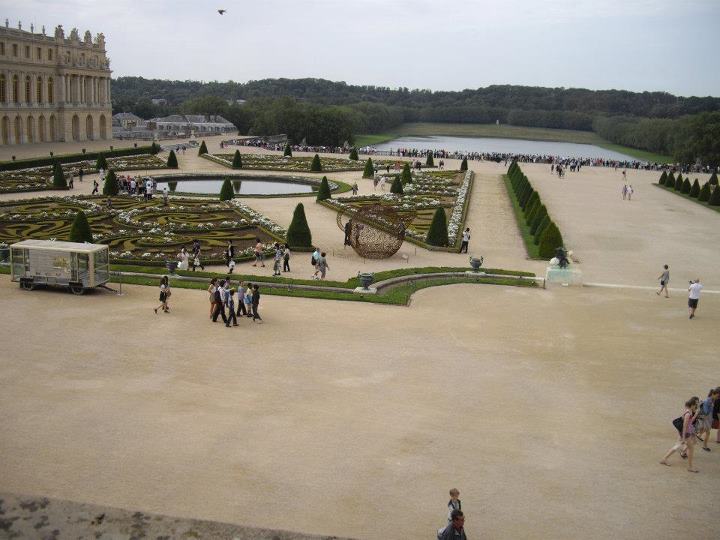 We returned to Paris and most people got dropped off downtown to go shopping in the Champs Elysees. Harris and I continued on the bus until the hotel as we didn’t really see any need to go shopping. As we were hungry, we left the hotel and explored down the street to find food. We ate at a middle-eastern place on the same street as our hotel; the cooks were very excited to learn that we were from California.

Following lunch and a nap, we left to go to the Eiffel Tower. I think this was our longest subway journey yet, but we made it in reasonable time. Because only one elevator was operational, the line to get tickets for the Eiffel Tower was quite long; it took us an hour and a half to get in. While we were in line, we were entertained by a person performing in the middle: he would interact with passers-by to the crowd’s great enjoyment. 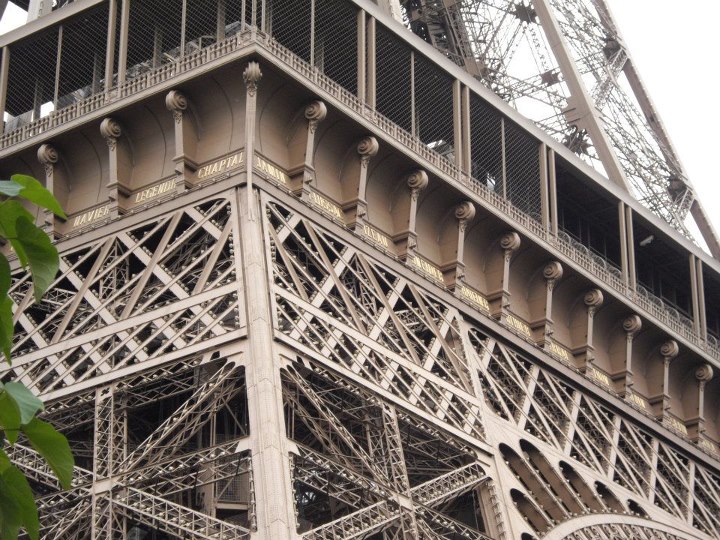 We got inside the bottom of the South Pillar (Pilar Sud) and got on the top level of the two-level elevator. I’ve never seen another one like it: since this elevator goes up the leg of the tower, it must travel diagonally. The car consisted of two sub-cars, each with its own sets of doors and operator. The top car slid across a track on the bottom car so that the offset between the cars can change as it rises or falls. It was also strange in how it operated another way: I believe that it is a pulley elevator, but there was not a traditional counter-weight. Instead, three seemingly hydraulic cylinders were set in the ground and rose as the car descended. This elevator stopped at the ground, first floor (restaurant area), and second floor (cafeteria and shop).

Once we had reached the second floor, we got in line for the second set of (traditional) elevators ascending up the center. This was a much faster line and faster ride; soon we were at the top of the tower. We took in the sights and took lots of pictures. A diagram was mounted around the ceiling of the enclosed area comparing the Eiffel Tower to other tall buildings; unfortunately the Space Needle was not shown. 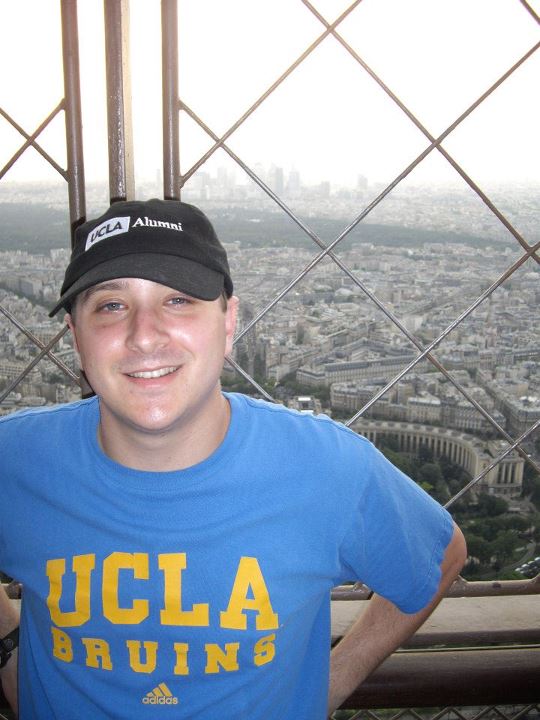 By the time we were able to get down from the tower, we were both hungry for dinner. We each went to different vendors on the street, but I was able to get a crepe and was happy. We walked over to the park where the Euro-Cup was being shown on a jumbotron.

We left the Euro-Cup viewing to go to the Arc de Triomphe. Unfortunately, we didn’t realize that it closed at 11 and we were too late to be able to climb to the top. As we sat at the base, it became apparent that Italy had won the game and there was much celebration in the streets. Several groups of police vehicles came around the Arc de Triomphe with their sirens on (probably returning from the viewing area).

We left to go home but had trouble finding the correct platform and I was coerced onto a regional transit train. We arrived at another station and were able to transfer to the correct Metro line to our hotel.