The fourth day started out a bit earlier in the morning, with breakfast at 8 and departure at 8:40. Our first stop of the day was an older area of Tiberias, where we saw the ruins of an old synagogue and talked about anti-semitism. 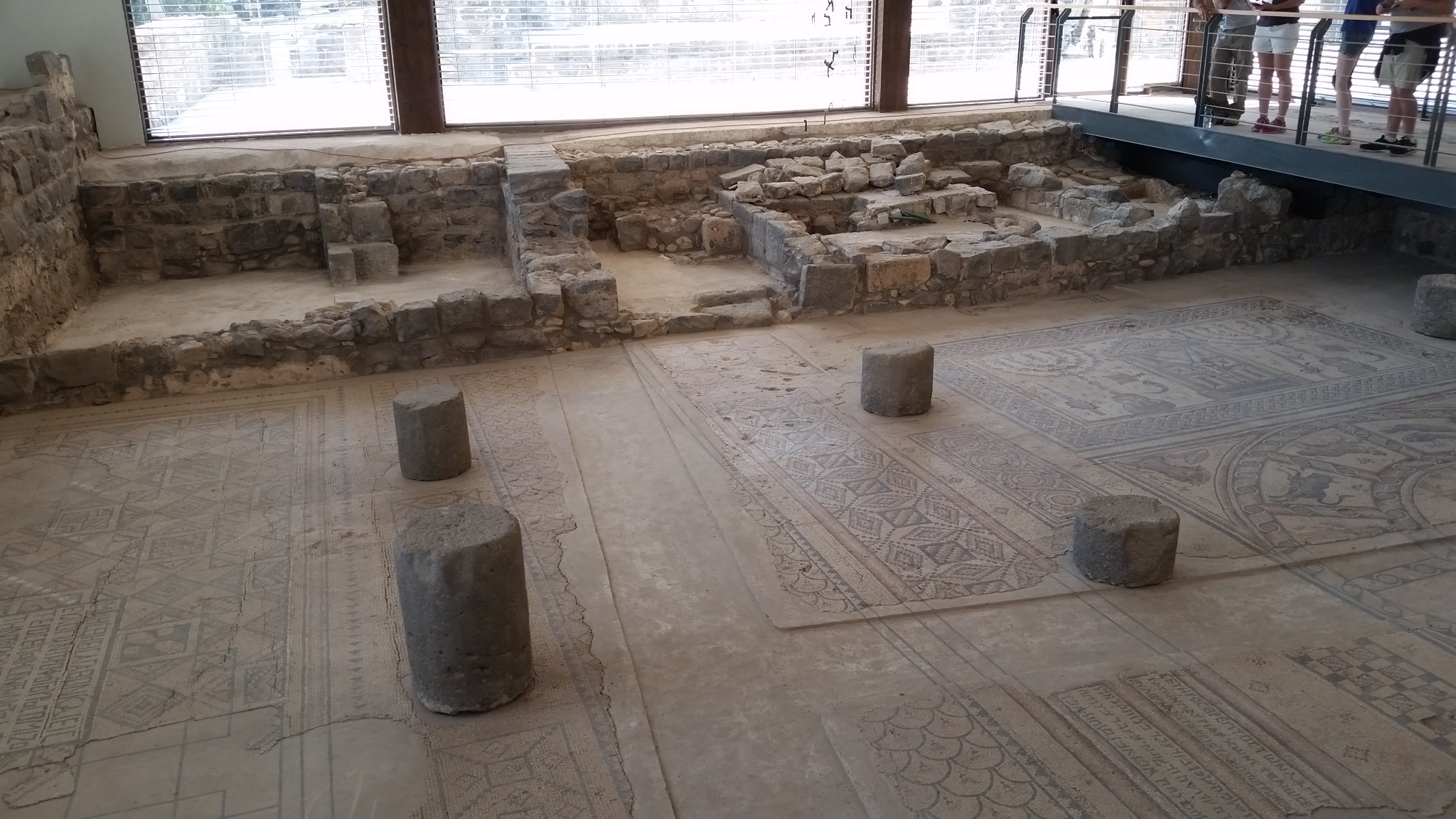 We then drove to a junction to pick up several Israeli students and soldiers. We picked up seven of the eight (one was running very late), and introduced ourselves. My group from the previous night was assigned to meet Tamar, who turned out to be an officer in Intelligence (that was as much as she could say). We took the rest of the bus ride to learn about everyone and then arrived in Tzfat.

Tzfat turned out to be really pretty. We got off the bus, took some group pictures, and then made our way up to an area with a bunch of stores for lunch. Shai (our tour guide) recommended this Yemenite place, so I went there. They served this crepe-like thing (though the wrap/bread was thicker) filled with spices, cheese, onions, and tomatoes…delicious! 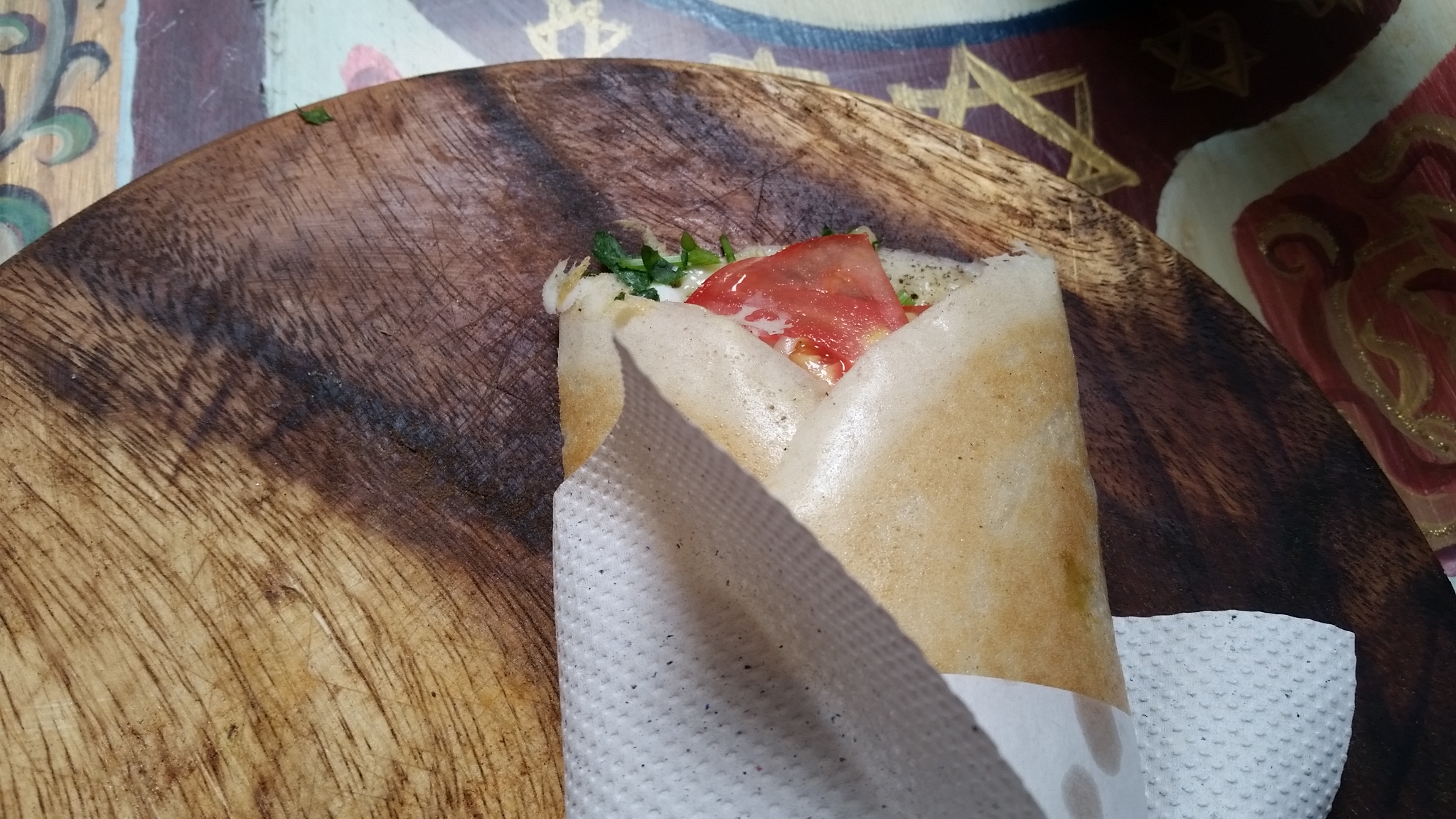 After lunch we met back up with the larger group and went to the home of a Kabbalah-inspired artist. He (the-artist-formerly-known-as-Robert) introduced us to the basic concepts behind Kabbalah and explained a few of his paintings. This was pretty interesting, especially as I had known nothing about Kabbalah previously.

We then went outside for an impromptu concert from some of Shai’s musician friends. They played with really old instruments, supposedly from biblical times and talked about the history of each instrument. 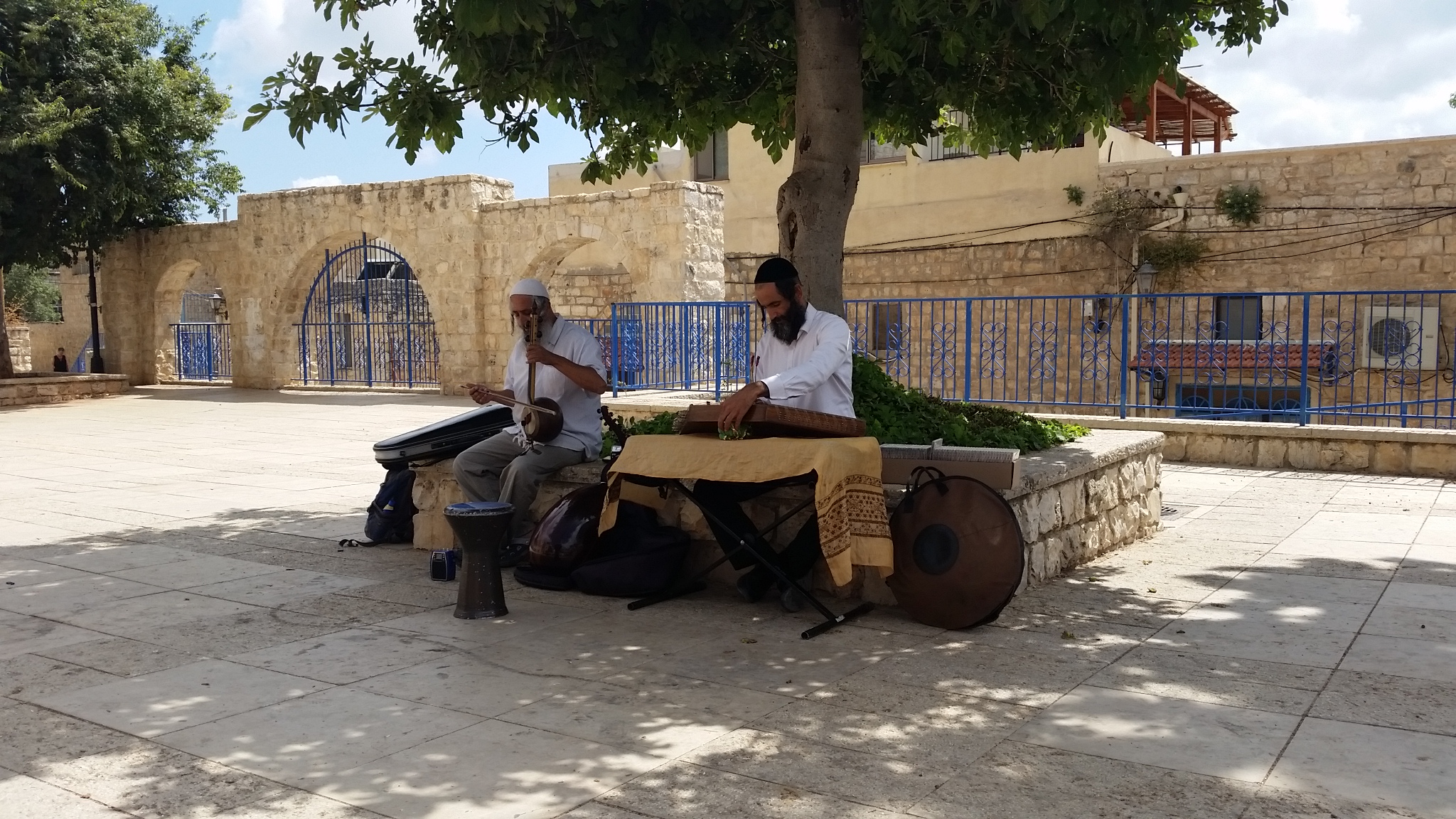 Following the concert, we walked over to a candle factory and got an introduction to candle making. We then went to visit an orthodox Ashkenazi synagogue. The synagogue was pretty inside, though there was a person at the door who was making sure everyone was dressed appropriately.

After that, we had some free time to shop and then left Tzfat.

In the evening after dinner we had a short program to break the ice with the Israelis. We then ended for the day and I had a nice beer.